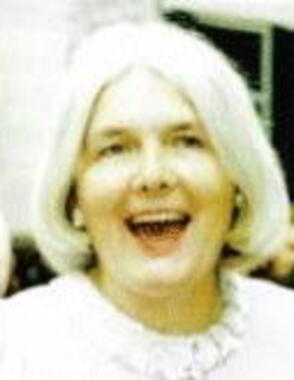 Back to Jean Ann's story

81, Passed away on Thursday, November 28, 2019 surrounded by her loving family. She was born in Meadville, Pennsylvania on May 25, 1938, to Paul Dennis and Marian (Boswell) Slayton. After attending Meadville Public Schools, graduating in 1956, Jean studied at Pennsylvania State University majoring in Home Economics/Journalism. While in college, she was a member of the Alpha Mu chapter of Alpha Gamma Delta. Upon graduation in 1960, she moved to Oil City, Pennsylvania to work for the gas company as a sales representative. Jean moved to Washington, D.C. a few years later to become Editor of Teen Times magazine, the national publication of Future Homemakers of America. In 1965, she married Richard Keith Thompson and, soon after, left the workforce to be a homemaker. When Jean returned to work in 1979, she served first as publications director for the Republican Conference Committee of the U.S. Senate, and then as vice president of The Strategy Group. Even with all that she did professionally, and as a political, community, and school volunteer, Jean's most precious gifts were being an incredible role model for her children, loving her grandchildren with all of her heart, and being a trusted friend to many. Her family will miss her dearly, but know that she is whole again in Heaven with her mother, father, and brother, Dennis, all of whom predeceased her. Along with her dedicated husband of 54 years, Jean is survived by her children, Sean Thompson, and Amy (John) Stehr; five grandchildren, Slayton Thompson, Spencer Thompson, Sara Morgan Thompson, Jeanie Stehr, and Meredith Stehr; and "bonus" grandchildren, Connor Stehr and Riley Stehr; as well as several extended family members whom she loved a great deal. Jean's family would like to thank the St. Vincent's Heart Center of Indiana physicians, nurses, and staff for their compassion and care during her stay. A private service was held on Sunday, December 1 at Zionsville Presbyterian Church. In the Spring, a celebration of Jean's life will be held at Crown Hill Cemetery. Memorial contributions may be sent to the St. Vincent Foundation, 8402 Harcourt Rd., Suite 201, Indianapolis, IN 46260 to support the Music Ministry Program at Ascension St. Vincent Heart Center.
Published on December 5, 2019
To plant a tree in memory of Jean Ann Slayton Thompson, please visit Tribute Store.

Plant a tree in memory
of Jean Ann

A place to share condolences and memories.
The guestbook expires on March 04, 2020.